Balboa School was founded in 1991 and was located in Banker’s Hill for over eighteen years. In 2016, Balboa School relocated to Escondido, California. Escondido is located in San Diego’s North County region, only 30 miles northeast of downtown San Diego, California and is one of the county’s oldest communities.  The city has a population of over 143,000, while San Diego County has a population over three million and is one of the fastest growing communities in the United States.  The city of Escondido is diverse with a population that is 60% Caucasian, 2.5% African-American, 1% Native American, 6% Asian and 30% other.  San Diego County has over seven famous public and private universities, major sports teams, comfortable climate with over 70 miles of coastline and a vibrant art, music and food scene.  San Diego County is known for being an embodiment of American as it is a melting pot representing various ethnicities, cultures and full of diversity.

Balboa School is located adjacent to I-15 near Felicita Road and Citracado Parkway. There are many shops, restaurants, and attractions in North County, and Balboa School students are presented with many opportunities for cultural excursions around the local community. 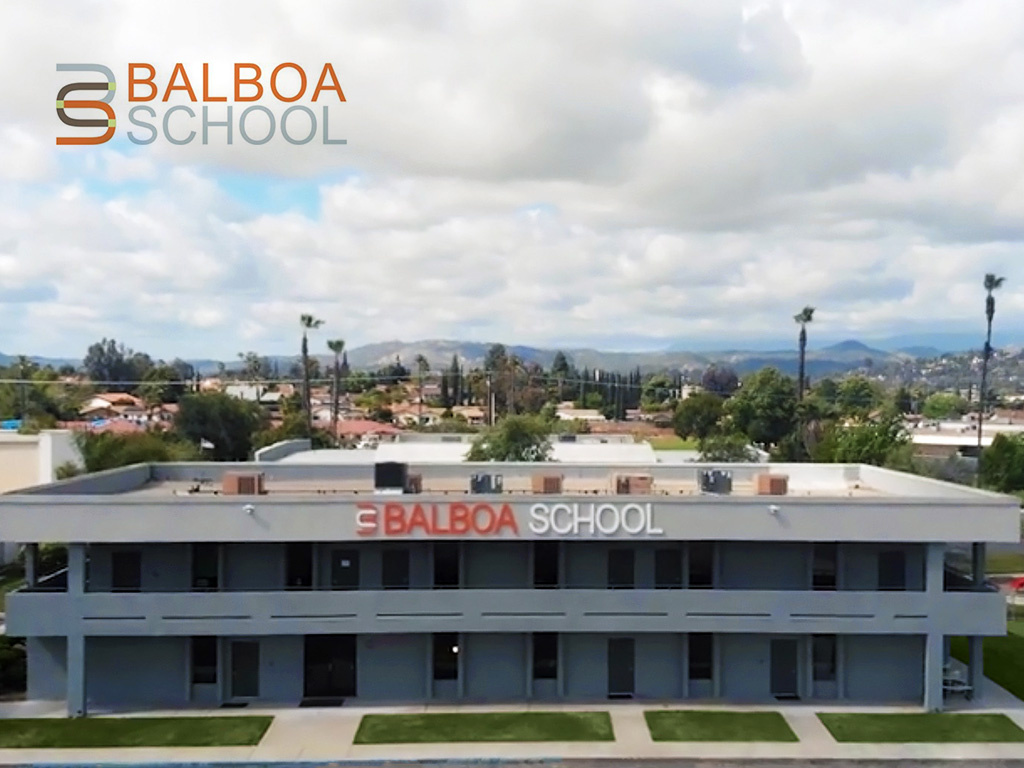