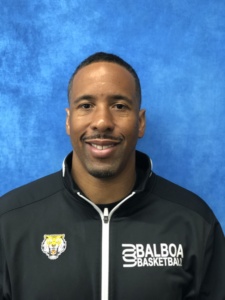 2020.This will be Miller’s first year leading Balboa’s Post Graduate team.
Miller is excited to start his journey passing on his basketball knowledge and college experience to Balboa’s student-athletes.

Miller is a graduate of Verbum Dei High school in Watts Los Angeles where he excelled in  Basketball and Football.